Scoliosis is a term most of us know from regular examinations as a child, even if we don’t fully understand what it is. By definition, scoliosis is a sideways curvature of the spine that often occurs before puberty during a growth spurt. It is one of three main types of spine curvature disorders.

There are two general categories of scoliosis–structural and nonstructural. The former is the most common and includes the types of scoliosis in which spinal rotation is present in addition to the side-to-side curvature of the spine. These are:

Nonstructural scoliosis is not caused by a spine condition or disease, but rather another underlying condition that pushes or pulls the spine in one direction such as muscle spasms, a difference in leg lengths and inflammation.

In most cases, signs and symptoms of scoliosis will first start to appear just prior to puberty in children. While it is not often that we take a look at the biomechanics of our kids, it is important to keep an eye out for the following:

Most of what we see with the early stages of scoliosis are caused by the body attempting to compensate for the spine’s curvature. Our muscles and bones are set to have a certain alignment that will give them the best mechanical advantage possible. When this is altered due to structural deformities, the body automatically shifts at the joints above and below the spine in an effort to compensate.

Through imaging, an X-ray will visibly display the curvature and the extent of the shift that has occurred.

While there are some conditions such as cerebral palsy that can cause it, the normal manifestation of scoliosis often occurs for unknown reasons. There are some factors that can predispose an individual to a higher likelihood, including family history or gender, as females are much more likely to develop the condition than males are.

If left untreated, scoliosis has the ability to cause some serious health problems as it progresses. Due to the structural deformity, it can cause subsequent shifts throughout the body cavity. This shift has the ability to place added stress on the lungs and surrounding joints, potentially compromising lung capacity.

Additionally, as the disease progresses it has the ability to cause severe back pain and obvious physical deformity, giving the appearance of decreased height by a substantial margin.

Treatment of scoliosis is usually dependent on the severity of the condition as well as the age of the patient. and how developed their bones are. Curves in the middle of the spine are often seen as more severe and must be addressed quickly.

In the most extreme cases, a surgical technique known as spinal fusion is used to fuse the vertebra together to disallow any subsequent damage from occurring. If the disease is progressing too rapidly, some surgeons will opt to insert a metal rod that can be adjusted as needed.

Dealing with scoliosis can prove to be very challenging depending on the severity of the disease. In more extreme cases, it is recommended that patient’s and families seek counsel for dealing with the emotional stress that may accompany treatment and lifestyle changes leading up to and following intervention.

How Dr. Nael Shanti Can Help

Dr. Nael Shanti has extensive experience in treating a wide variety of spinal conditions, including adult scoliosis. If you or someone you love are experiencing any of the symptoms commonly associated with scoliosis, call (919) 297-0000 to schedule an appointment. 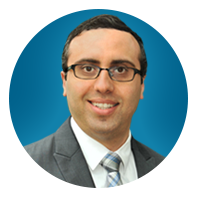 He did amazing things for me. My case was a fairly complicated and longstanding problem. So, I am incredibly grateful for everything he has done. I intend to and have already recommended Dr. Shanti to family and friends. I truly wish him the best in his future endeavors.

Dr Shanti is very compassionate and really cares. He was thorough and very clear in how I should manage my injury. I would highly recommend him! The staff was personable and helpful. And I have never had consistently short wait times with any other practice. I think the longest I waited was 10 minutes!

I was injured at work and hurt my shoulder and neck. I saw an orthopedic in garner for my shoulder and they incorrectly diagnosed me with a torn trapezius. Luckily my workmans Comp also wanted my neck looked at and Dr. Shanti instantly told me he thought nothing was wrong with my shoulder, it was all neck. MRI confirmed his suspicions. And after exhausting all other options first, we ended up going to surgery for ACDF surgery on my neck. Dr. Shanti is hands down the best physician I have ever been treated by. Bedside manner is above and beyond. I come from a family of nurses, most surgeons come to check on their post ops maybe once a day, or they just write orders for the nurses and don’t interact at all. Dr. Shanti came to see me three times in one day. Always asked how I was doing first, instead of getting his information from my nurses (who see also amazing -great job wake med cary) , we came to me and listened to my progress first hand. Answers all questions throughly, never makes you feel rushed, clearly a perfectionist in terms of my incision, manages my pain well. I’m healing well now and will hopefully get back to working and doing what I love very soon! I count myself lucky to be his patient. This office also has a great front desk staff. Don’t go anywhere else, this place is the best

Literally have had a “pain in the Neck for over a month – Doc Shanti and Lacey were professional and courteous. Listened to my concerns and together we came to a agreed treatment plan. They are the BEST
Happy Patient

I don’t do many reviews but I feel that doctor Shanti is well deserving. After 25 years of struggling with lower back pain along with the constant visits with doctors, chiropractors, physical therapists and the on going grind of trying to walk one day where I have to crawl the next day. I finally had found the correct physician who I felt comfortable with immediately.
It took just one visit and he figured out exactly what my lower back problem was and highly recommended the surgery that he performed.
Without getting into too much detail I haven’t had any back problems for the past 3 years now and I owe it all to doctor Shanti. I wish I met him 20 years ago since the surgery my life has been 100% better.
Highly recommend Dr. Shanti

I only have positive things to say about Dr. Shanti. Fantastic doctor, kind, listens, takes time with you and explains everything in detail, has a great bedside manner….just a lovely person! Fixed my problem 100%. Would HIGHLY recommend him!!!

I came to see Dr. Shanti as a patient after injuring my back. My pain was so severe I could barely walk without feeling the need to scream. 3 weeks after an easy surgery with Dr. Shanti I could walk again without pain. Months later I have little to no pain most days and have been able to get on with my life. His office and surgical staff were great to work with too!

Dr. Shanti is a very caring and gracious doctor. I trust him very much with my health decisions. Also, this is a very friendly office to come to. The staff is very accommodating and it feels like they do everything to make you feel comfortable.

I recently had a partial dissectomy for a herniated disc. Dr. Shanti was always very professonal, easy to get an appointment with and was able to quickly assess my needs. The actual surgery went well and overall was a very pleasant experience. I will continue to use him and would recommend to anyone with similar medical needs.

I think he is incredibly compassionate, knowledgeable, very kind, and listens better than any specialist I have ever seen.

Three Convenient Locations Throughout the Triangle